The new subway is transforming Greater Sydney, reducing travel times and making it easier and faster to get around Australia's largest city. The new 23-kilometer railway will connect residential areas with business centers and transport travelers from the new airport to the rest of Sydney's public transport system.

Sydney Metro Western Sydney Airport (WSA) is more than just a piece of infrastructure or logistics hub, it is Australia’s largest public transport project.  The project, a key part of an integrated system for Western Parkland City, once completed, can be considered a global example of innovation and economic transformation.

The new metro line - 9.8 kilometers of twin rail tunnels in two sections - will integrate with communities and transform existing urban centers to make the city more liveable and connected, more productive and attractive. With frequent service and driverless trains, passengers will be able to travel from the airport terminal to St Marys in 15 minutes, while technology will keep them connected every step of the way, thanks to a next-generation metropolitan rail service and its integration into the city ​​transport network.

The new line extends from the existing suburban T1 Western Line of Sydney Trains in the north (in St Marys) to the Aerotropolis in the south (in Bringelly), and includes a combination of tunnels and civil structures, including a viaduct, bridges, surface canals as well as six new stations to be built along the line (St Marys, Orchard Hills, Luddenham, Airport Business Park, Airport Terminal and Aerotropolis).

The population of Greater Sydney is expected to exceed 6 million by 2036: an additional 1.7 million people will progressively move to Australia’s largest city, which will need 840,000 jobs and 680,000 more homes. This is why the main preparatory works for the excavation and construction of the site will begin in the coming months.

The Station Boxes and Tunneling (SBT) project involves the construction of two sections: the 4.3 kilometer northern tunnel from St Marys to Orchard Hills and the 5.5 kilometer southern section of tunnel between the Airport Business Park and the Station Aerotropolis. To make them, four Tunnel Boring Machines will be used, 2 TBM Advance Earth Pressure Balanced (EPB) for the north section, suitable for unstable ground conditions and 2 double shield TBMs for the south section, suitable for stable ground conditions.

From a social point of view, these new urban infrastructure networks represent an important economic driver. In fact, the airport will support nearly 28,000 direct and indirect jobs by 2031 with the consequent development of Western Sydney Aerotropolis, which in turn will support approximately 200,000 new jobs in sectors such as aerospace and defense, manufacturing, freight and logistics, tourism and research.

“We are delighted to have been selected to work closely with the Sydney Metro [...]. Our tunneling teams are very experienced in providing transport infrastructure, and in Sydney they will apply the experience gained." 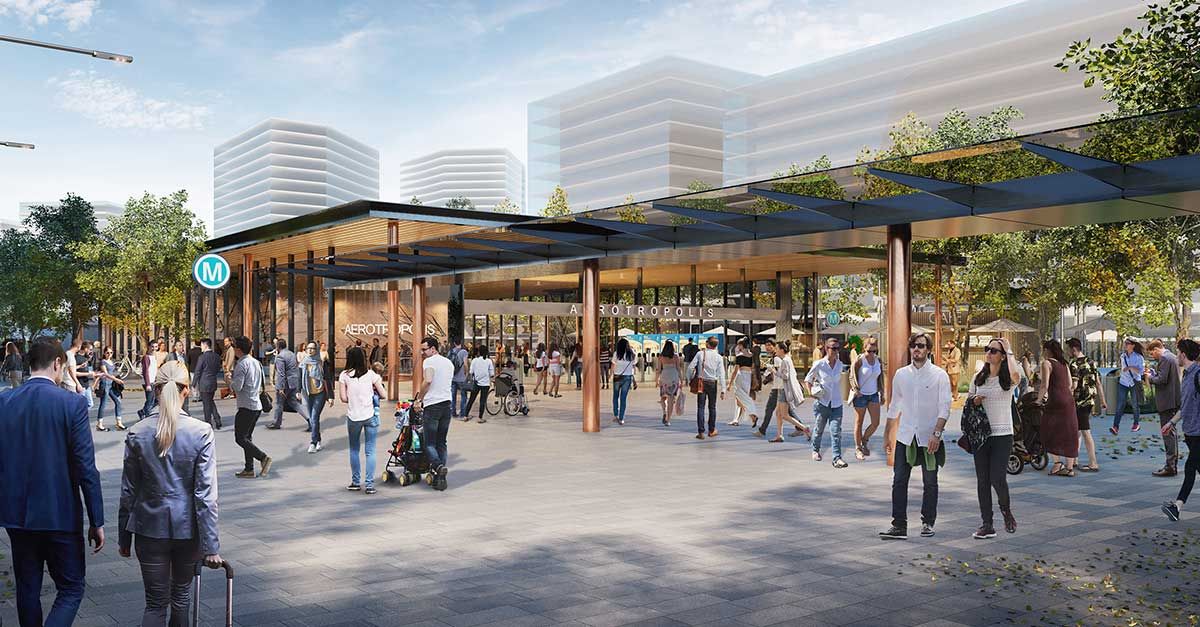