Live in Mississauga but dine in Toronto, getting across town 60% faster

In the Great Lakes region, along the border between the United States and Canada, the multicultural city of Toronto is moving toward notable structural transformations of its sustainable transport infrastructure. One of the most important is the Eglinton Crosstown West Extension, a new section of the city’s subway that will reinforce the internal network of infrastructures and improve travel toward the west and the nearby city of Mississauga. Now the sixth largest city in Canada, its population has doubled over the past twenty years to its current total of one million residents.

The ECWE is the first phase of the project to add a further 9.2 km to the Eglinton Crosstown Light Rail Transit. The extension will move west, from the future Mount Dennis station to Renforth Drive. The system will also connect diverse nerve centers in the city: the GO Kitchener line and Union-Pearson (UP) Express, Mount Dennis station, TTC bus services for Toronto, and the GO and MiWay bus services. A successive phase also includes a connection with the Toronto Pearson International Airport.

A new operation for restitching the city of Toronto’s internal public transportation system that will bring the Metro Crosstown LRT further west, creating a continuous line along Eglinton Avenue, from the eastern-most extremity of Toronto as far as Mississauga. The project aims to reduce traffic and travel times, diminish greenhouse gas emissions, and offer a new option of highly sustainable travel. These are the significant advantages for the many commuters traveling each day between these two cities on the shores of Lake Ontario.

The project involves the construction of various elements: the construction of launch and extraction shafts, twin tunnels roughly 6 kilometers long and 5.75m in diameter dug with two EPB TBMs, the cladding of the tunnels in prefabricated concrete elements, nine transversal tunnels, end walls for the four future subway stations, as well as a vast program for the transfer and protection of existing services.

The Eglinton Crosstown West Extension will attract 37,000 daily boardings by 2041, bring 50,000 more people and 31,000 more jobs within walking distance to transit, as well as reducing greenhouse gas emissions by 39,000 tons a year.

“The operation of the two EPB TBMs will be demanding and challenging both from the geological conditions of the subsoil - ranging from solid shale to weak soil deposits with possible boulders - and from the urban setting environment. The company has deployed the best technologies and staff for a successful project, and we are proud to be here." 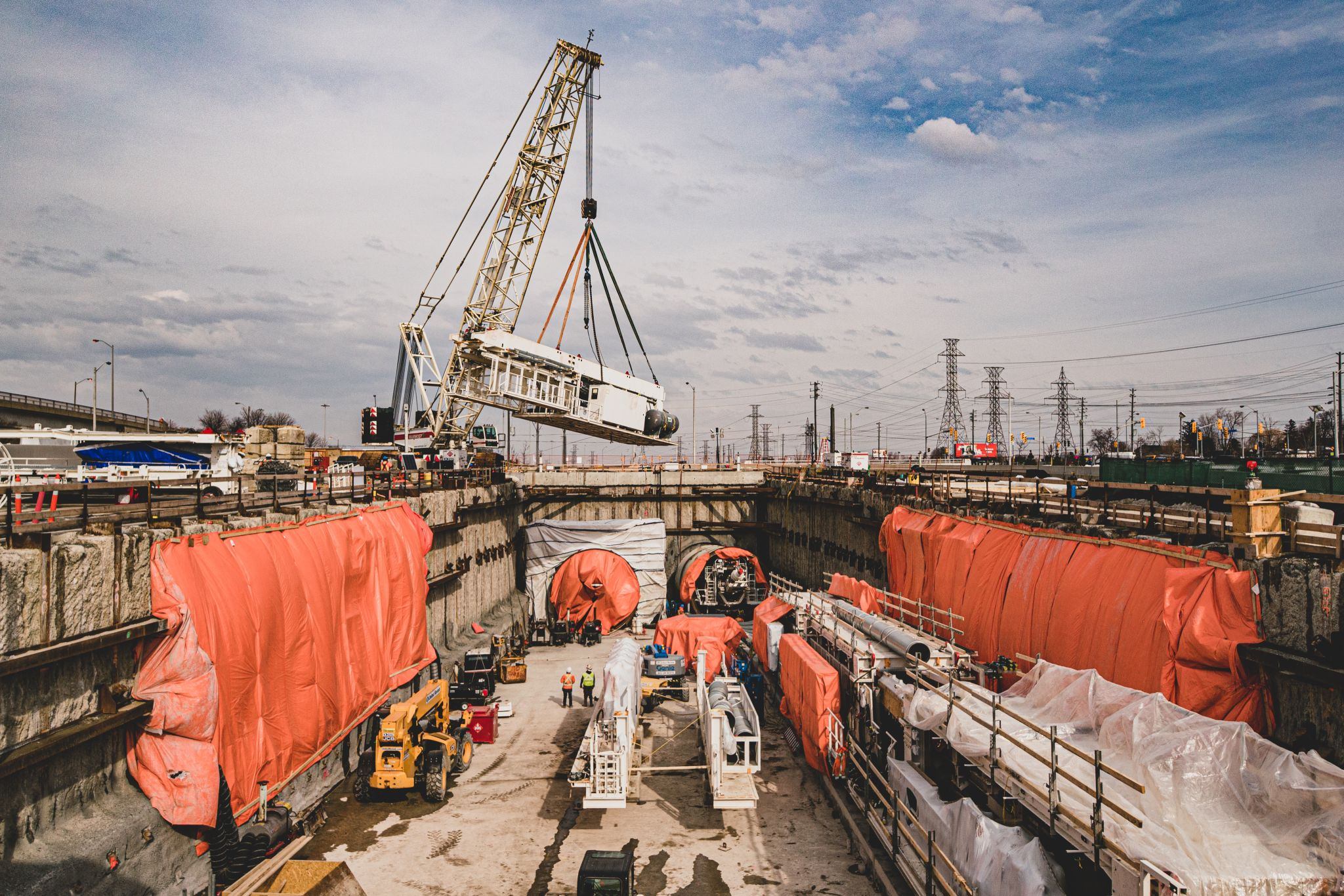 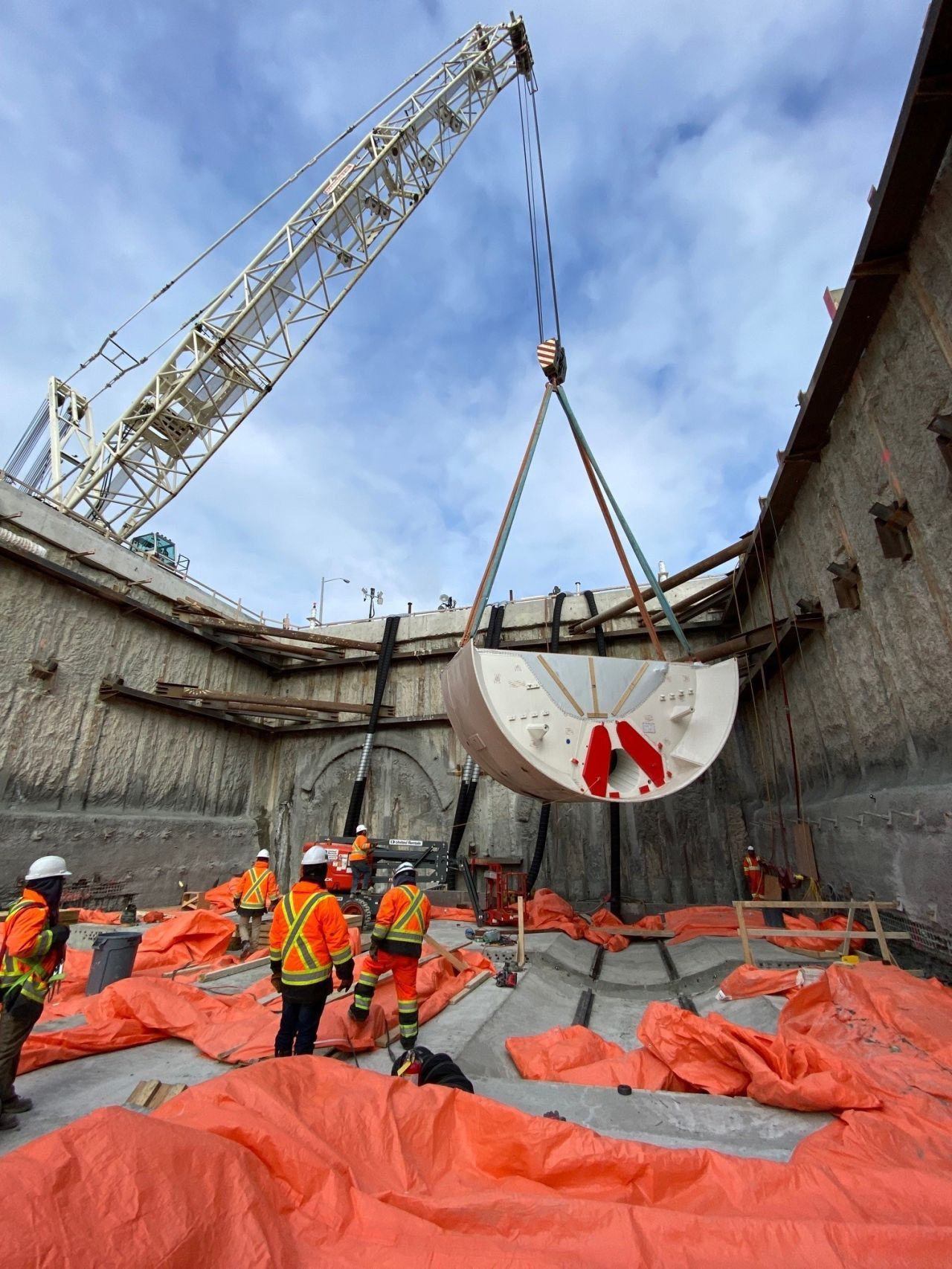 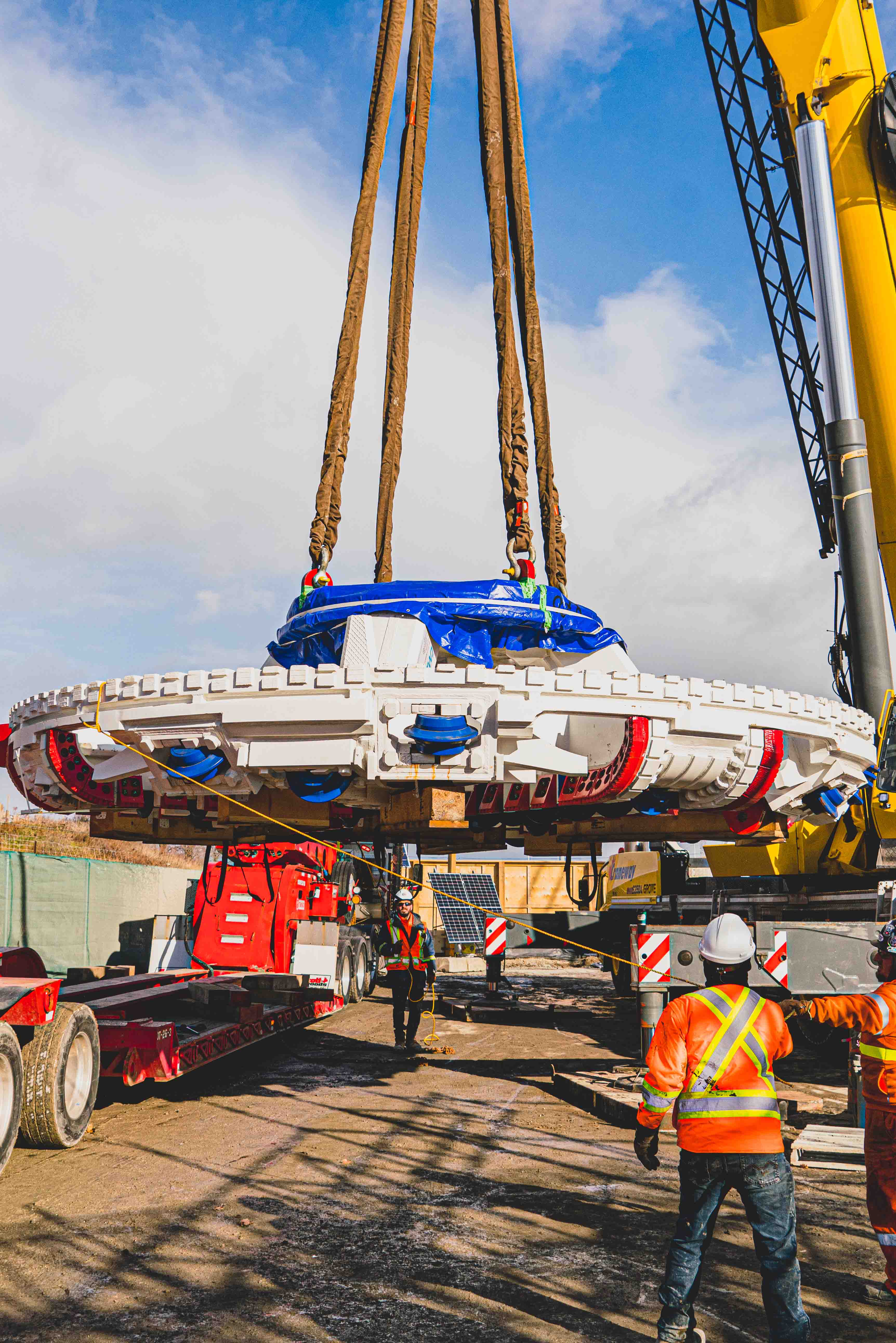