The first of the two massive TBMs named Else has been moved into position underground in the Woolloongabba site’s station cavern to commence tunnelling later this month. TBM Else, after the trailblazing engineer Else Shepherd, is now underground ready to roll and will only re-emerge later this year after it has finished tunnelling under the Brisbane River and Central Business District. As a matter of fact, TBM Else will not see the light of day until she emerges at Normanby.

This milestone marks the start of Cross River Rail’s year of tunnelling in 2021 and a traditional indigenous blessing ceremony has taken place to wish TBM Else and the tunnellers safe passage as they make their way underground.

Cross River Rail’s other 1350-tonne mega machine – TBM Merle – will follow shortly after to ensure the project’s twin tunnels are completed before the year is out.

The TBMs have one of the most crucial jobs of the entire project – excavating the bulk of Cross River Rail’s 5.9 kilometers of twin tunnels. They will tunnel through 20 to 30 meters of hard rock a day, with a crew of up to 15 people working on them at any one time.

From Woolloongabba, the TBMs will excavate under the river and breakthrough to Albert Street station at a depth of 31 meters in mid-2021 and continue to Roma Street before emerging at the project’s northern portal at Normanby.

The TBMs will line the tunnel walls as they go with 25,000 massive precast concrete segments, weighing 4.2 tonnes each. 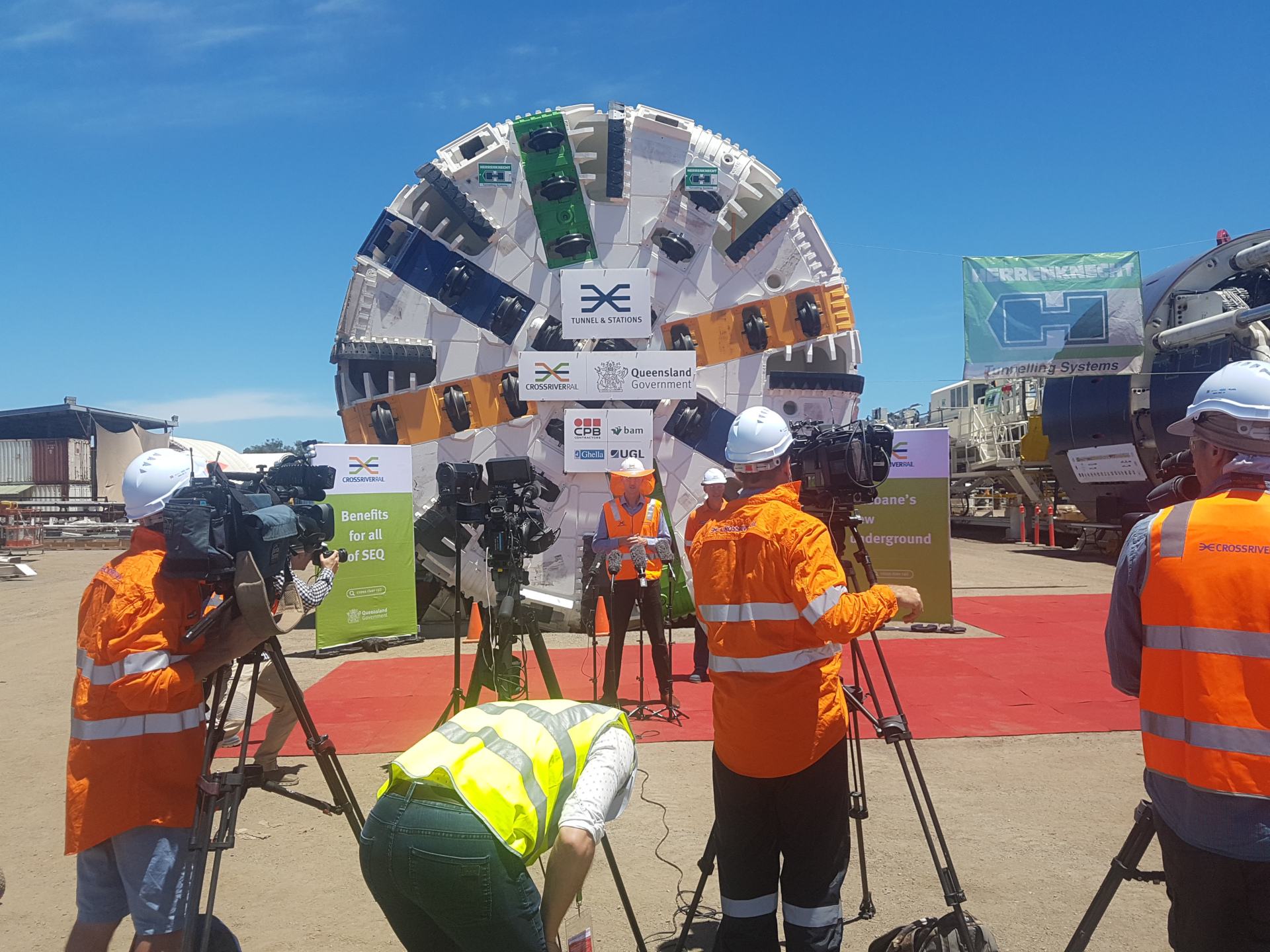