The first shipment of parts for the TBMs that will dig the Broadway subway project tunnels has arrived in British Columbia.

The tunnel-boring machine components left Germany on the 25th of February 2022 and sailed through the Panama Canal before arriving at Fraser Surrey Docks on the 15th of Aprile. The second and final shipment of equipment is expected to follow in the coming weeks. The pieces are being transported to a staging area in Vancouver where they will be assembled in preparation for the machines' launch this summer.

The two six-meter-wide machines, to be named later this spring, will be launched separately from the Great Northern Way-Emily Carr Station, and will bore new tunnels to Cypress Street near the line’s terminus at Arbutus Station. The tunnels will connect all six new stations along the new line.

An official ceremony is planned for the start of tunnelling, which will take about one year to complete. Manufactured in Germany, the tunnel-boring machines are custom-built to unique specifications for the type of construction as well as the underground conditions from Great Northern Way to Arbutus. The 5.7-kilometre extension to the Millennium Line is due to open in 2025. 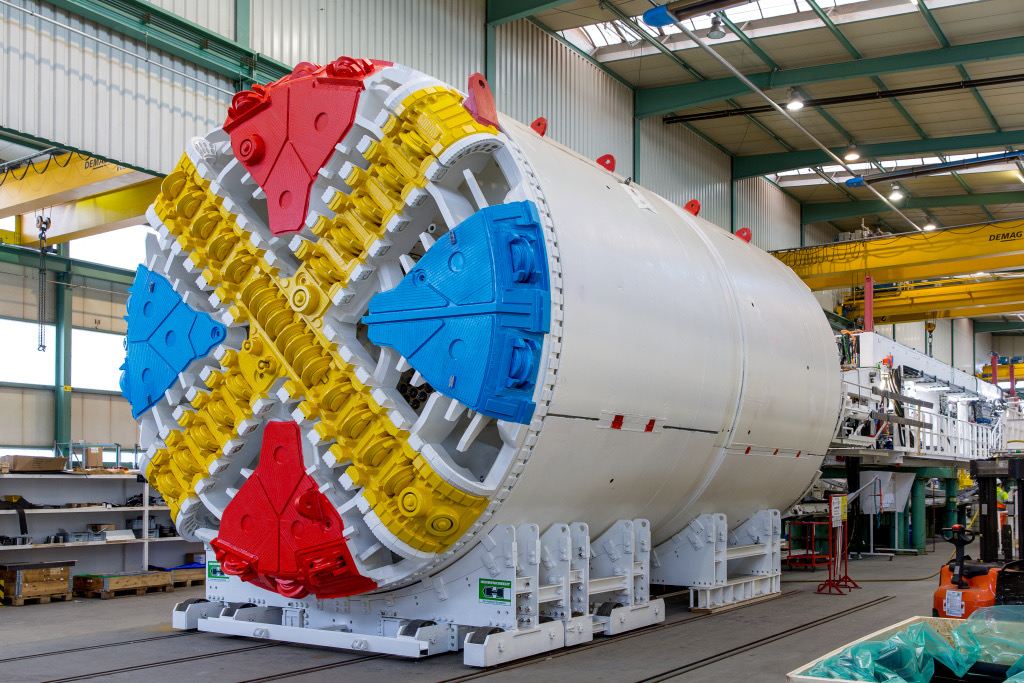