In the exploratory tunnel of the Brenner Base Tunnel, under the Brenner Pass to a depth of 1400 m, the dismantling of the TBM named "Serena" has started.

The 300-metre-long tunnel boring machine consists of a cutter head, a main drive and a backup. Serena completed its long journey on 24th November 2021, after excavating 14.2 km of tunnel. The machine is now being dismantled inside the completed tunnel. Dismantling is being carried out by first disassembling the cutter head, which is 8 metres in diameter and excavated the rock mass, and then moving on to the rest of the huge machine. It will be dismantled piece by piece and carried away through the newly excavated tunnel.

The exploratory tunnel, as the name suggests, is and will be used to investigate the rock mass which is found under the mountain. Since spring 2019, Serena's "big sisters", the tunnel boring machines named "Flavia" and "Virginia" (cutter head 10.7 m each), have also been excavating the two main tunnels towards Brenner; they were able to proceed smoothly thanks to their "younger sister" Serena's work. 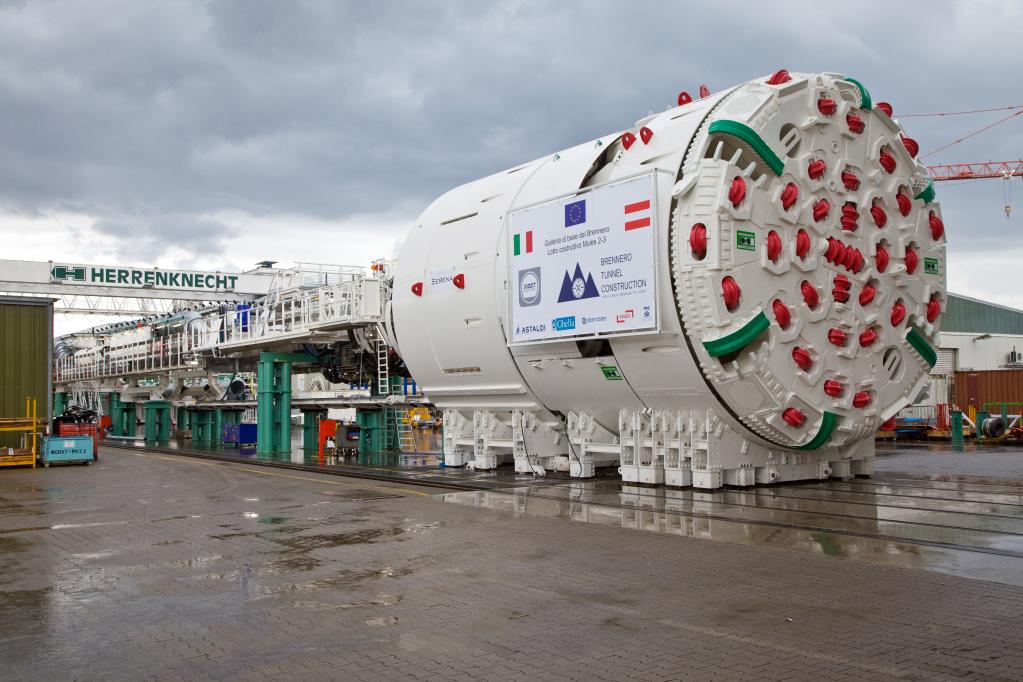