Underwater Adventures (with a Shipwreck)

Sydney Metro City & Southwest is Ghella’s contribution to the new Sydney Metro, the largest infrastructural project in Australia. A new 15.5 km tunnel line and six stations, designed to raise the system’s capacity to 40,000 people per hour.

The future of Sydney is now. And it runs beneath the splendid harbor of Oceania’s most populous city.

Sydney Metro City & Southwest involves the construction of 15.5 km of twin tunnels, partially crossing the harbor 40 meters underwater, excavating into sandstone, marine deposits, and clayey seabeds. The project also includes the construction of 6 new stations toward the City Business District: Waterloo, Pitt Street, Martin Place, Barangaroo, Victoria Cross (North Sydney) and Crow’s Nest. What was not planned was the discovery of a 180-year-old ship, classified as the first in the region built in Australia.

Our state-of-the-art technologies allowed us to complete a project whose technical challenges, innovative and sustainable design, and impact on mobility, make it one of the most important of those underway in New South Wales. A total of 5 tunnel boring machines were used: four with a 6.93 m diameter for tunneling beneath the city’s most populous areas and a 7.05 m “Hydro” for the sections below the harbor. Respecting tradition, they were given female names with an important meaning to local history and culture: Nancy, in honor of Nancy Bird-Walton OBE, an Australian aviatrix; Mum Shirl, an Aboriginal and activist; Wendy, for Wendy Schreiber, a volunteer in the only home for disabled children in New South Wales; Mabel, in honor of Mabel Newill, head nurse at Sydney’s Royal Prince Alfred Hospital; and, finally, Kathleen, for Kathleen Butler, the only technical consultant to John Bradfield, the engineer who designed the bridge crossing Sydney Harbour.

A total of 30.5 km of mechanical excavations, completed in 17 months, and 3 weeks ahead of schedule, in early 2020. Some 560 technicians and engineers, over 1,800 workers and more than 10 million total hours.

Sydney Metro estimates the project will generate a 71% increase in peak morning hours trips and a travel modal shift from the automobile to the metro of 20,000 trips by 2036. The capacity of the completed metro will increase from 24,000 to 40,000 people/hour and trains run at an average of one every two minutes, significantly reducing urban congestion and improving quality of travel.

The project has received various sustainability awards, including “Environment and Sustainability Initiative of the Year” at the New Civil Engineer (NCE) Tunnelling Festival 2019 for its sustainable management of non-contaminated excavated material, shipped by barge rather than road, and entirely reutilized in building projects in the Sydney area. In 2020 the project was also named Major Project of the Year at the International Tunnelling Association (ITA) Awards and Tunnelling Project of the Year at the NCE Tunnelling Festival 2020.

“We have been tunnelling for the first time in Sydney history under the iconic Sydney harbour. With my team I have planned and delivered the Barangaroo Station structure. Looking back at what we successfully achieved I can see the benchmark we have proudly set for future infrastructures in Australia.” 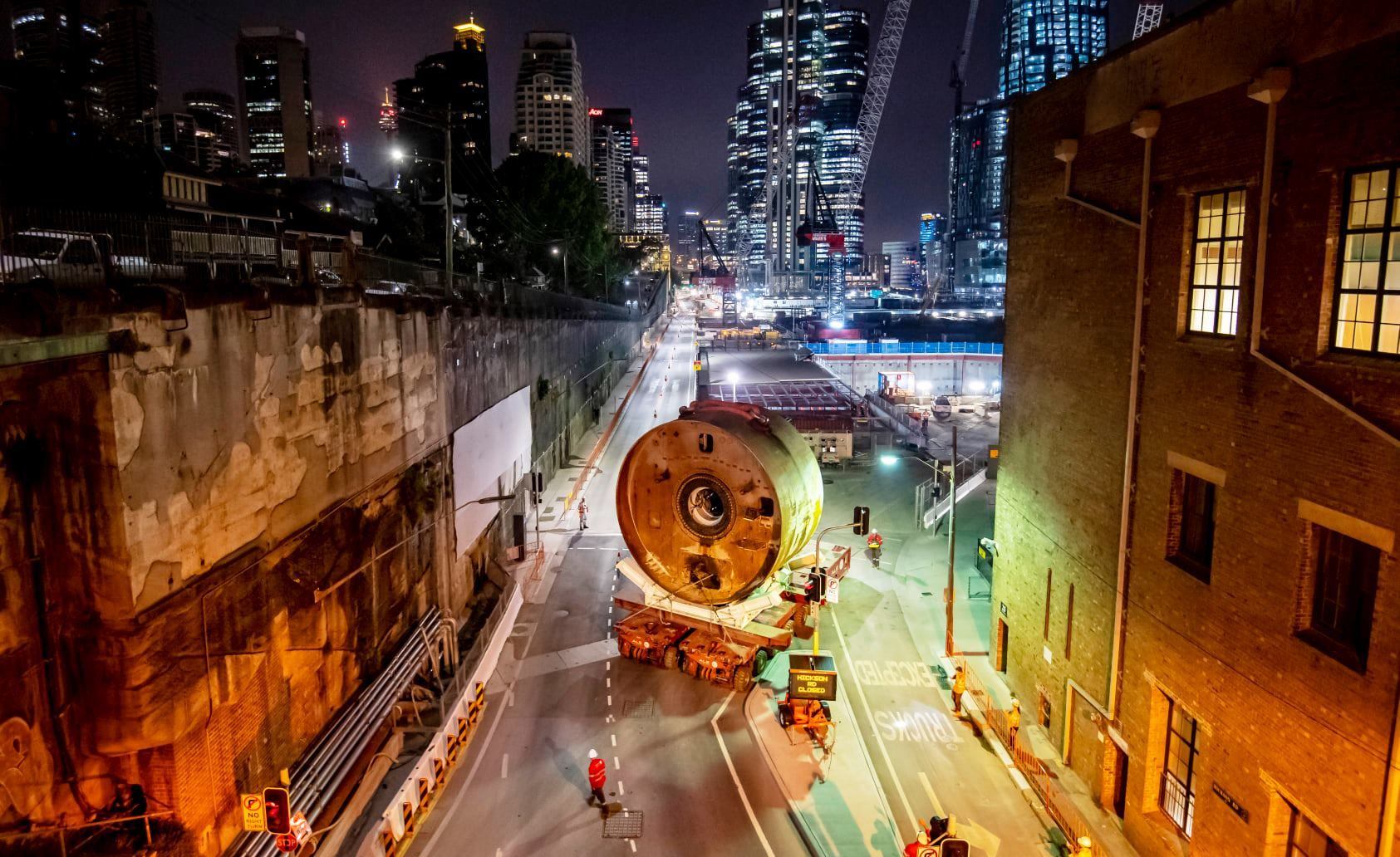 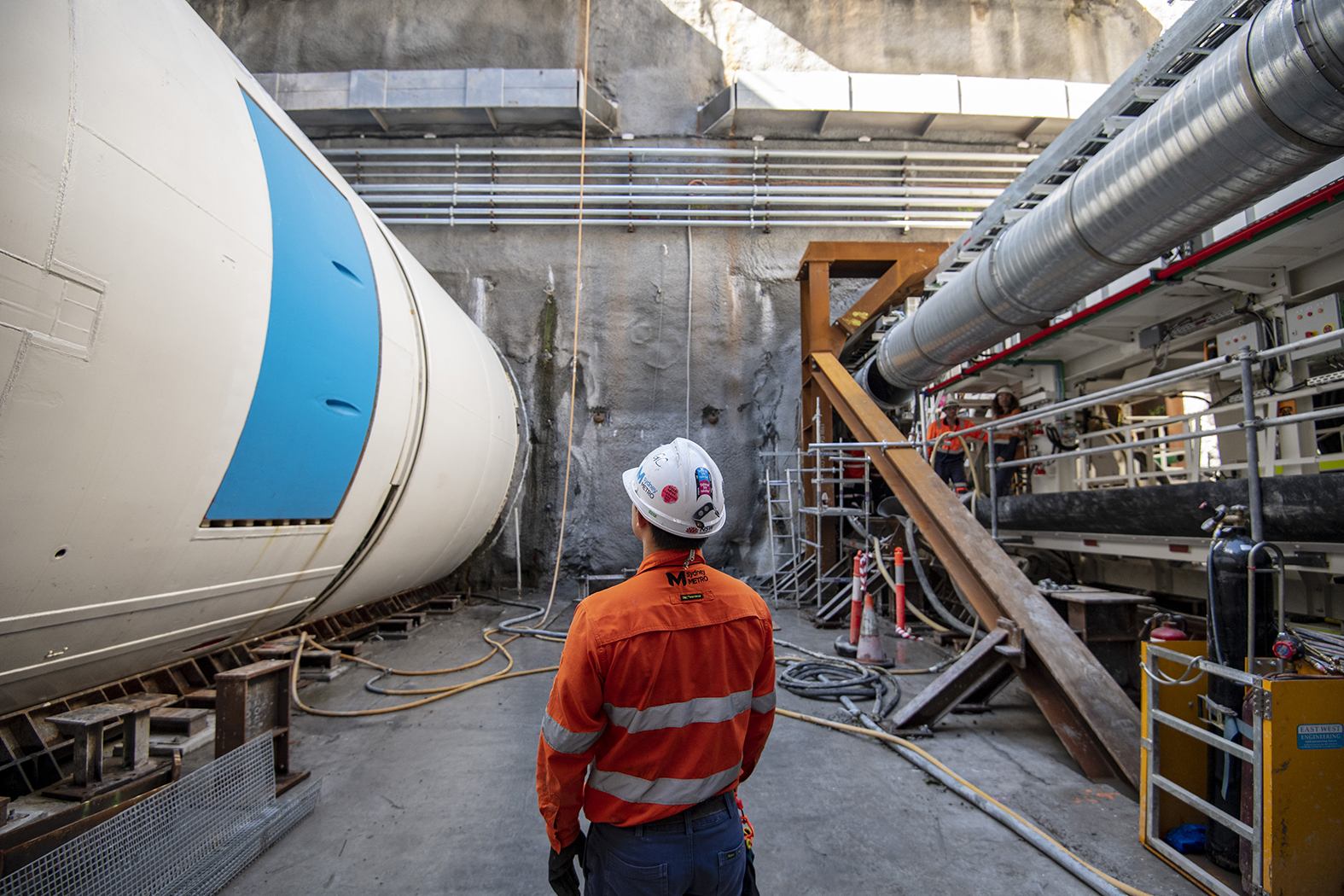 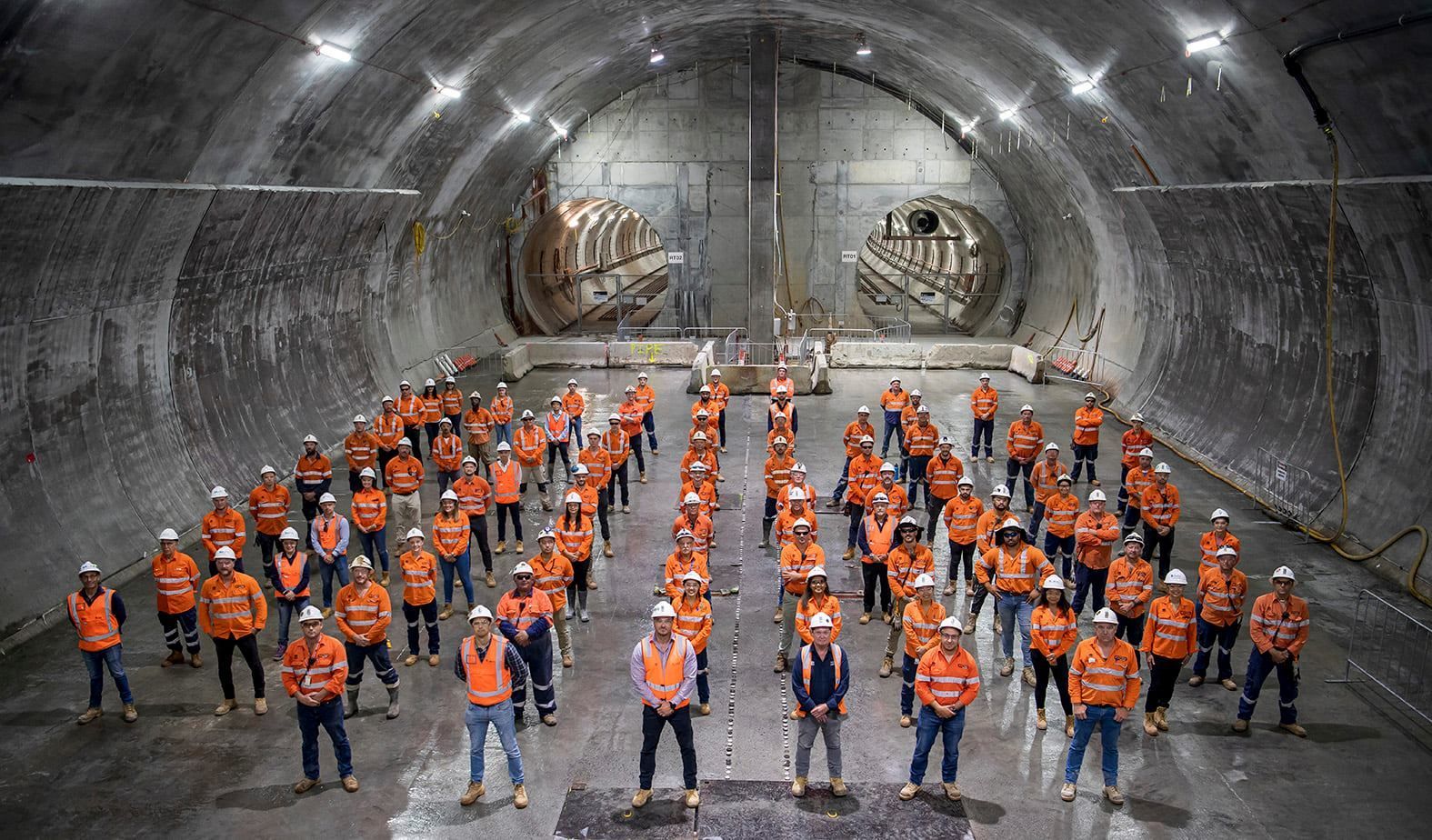 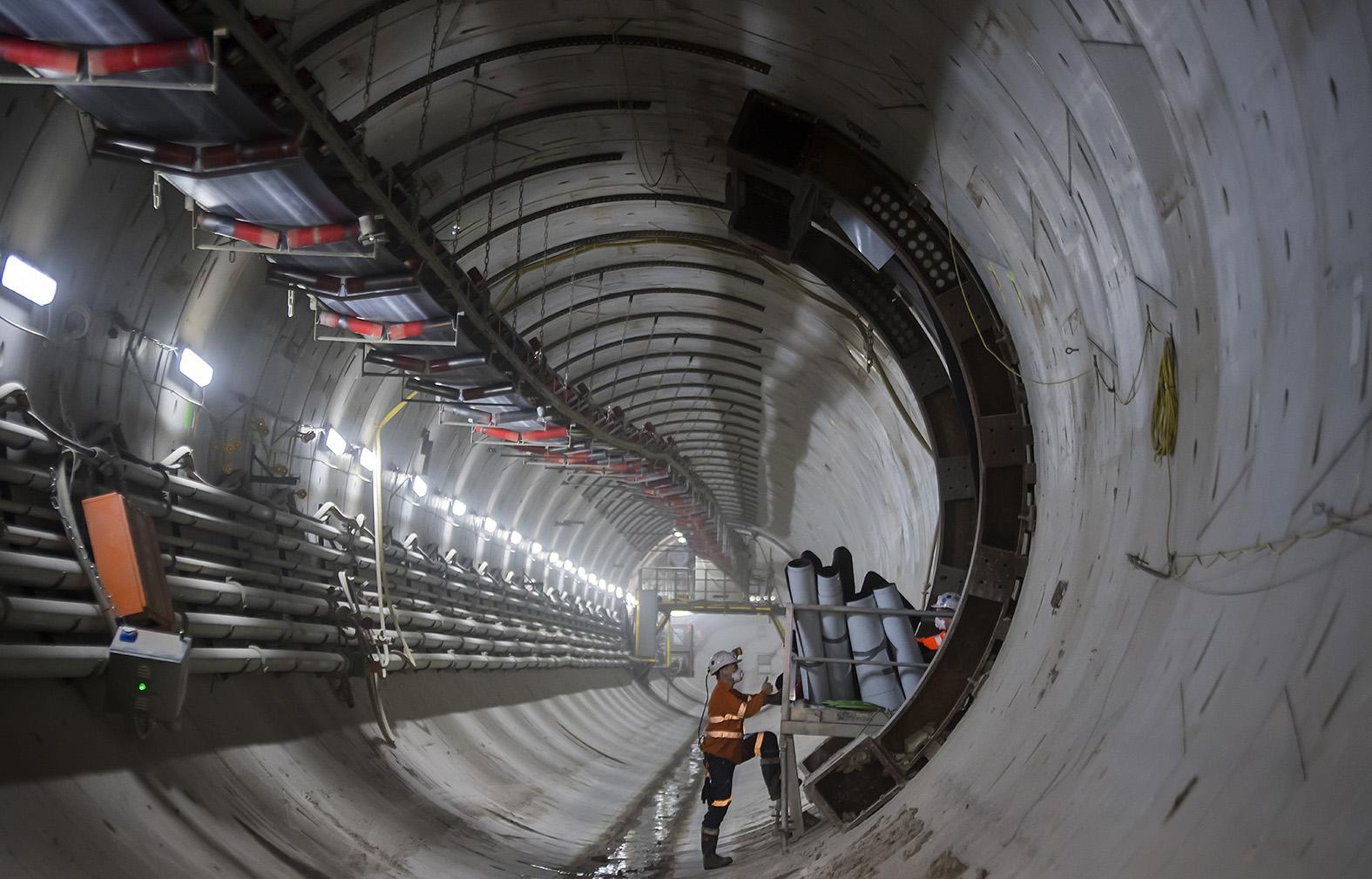 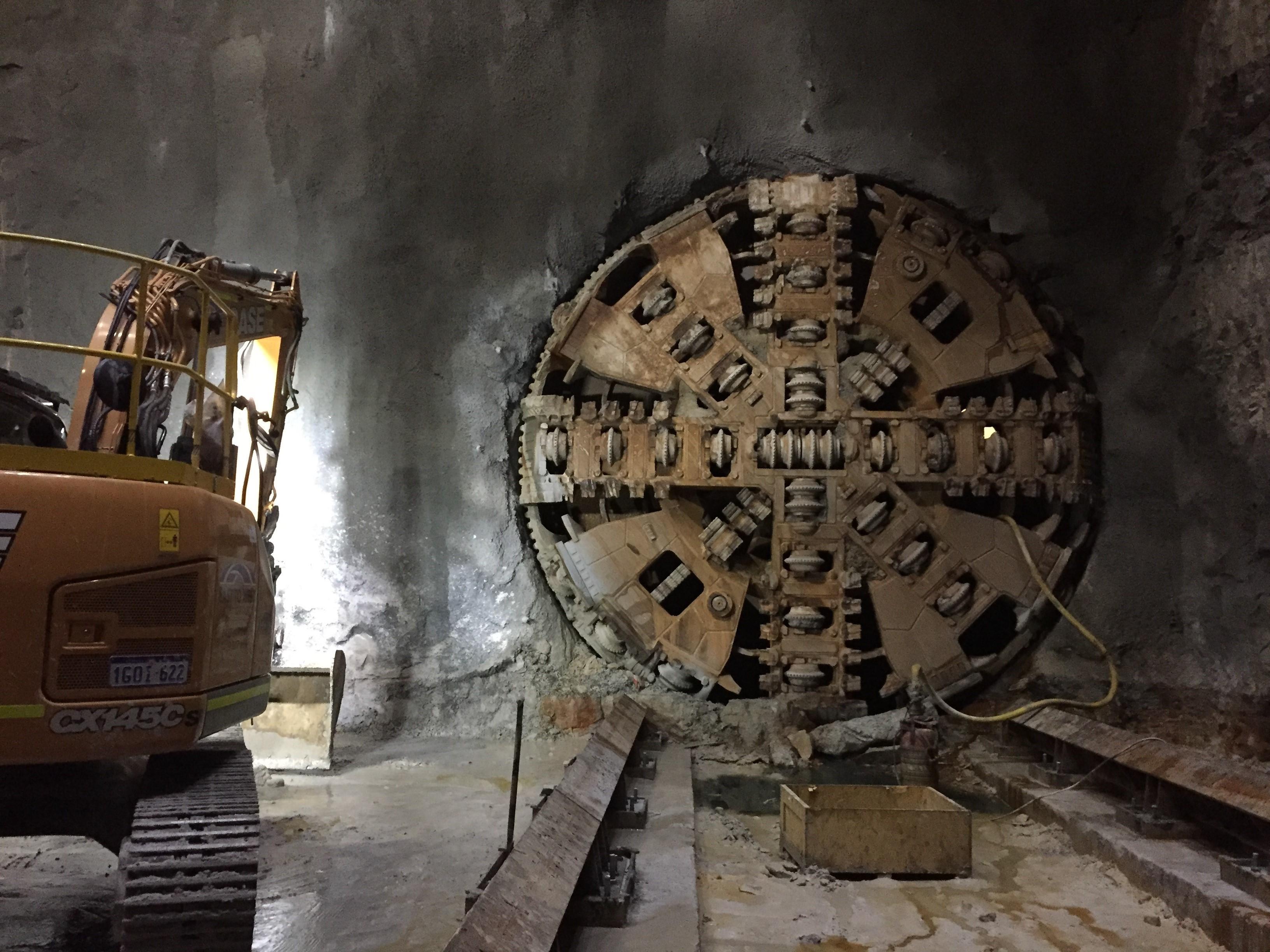