Thursday, April 28, 2022, marks the history of the construction of the future Lyon-Turin railway line with the completion of the Saint-Martin-La-Porte works which started in 2015.

In the past two years the focus has been on the excavation of 1.4 km through the conventional method in the geological part of the «carboniferous rocks».

On the 28th of April the teams of the SMP4 group led by Spie Batignolles and composed of Eiffage, Ghella Spa, CMC Di Ravenna and Cogéis Spa achieved the ultimate breakthrough at a depth of 600m to connect the two fronts: the east side, towards Turin and west side, towards Saint-Jean-de-Maurienne.

This work was carried out in advance of the completion of the overall project, to verify its feasibility. Under over 1000 meters of overburden crews excavate in the geological unit of the carboniferous rock composed of schistose rock, the most difficult geotechnical environment of the project, and characterized by strong convergences.

This experimental crossing occurs in a terrain with a very heterogeneous geology, extremely convergent (convergence > 1m in diameter), and with a great depth (coverage greater than 600m). These are all difficulties which have enabled the group to reinvent innovative and scalable methods of excavation and support.

The construction of the Saint-Martin-La-Porte carried out by TELT (Tunnel Euralpin Lyon Turin) was launched in early 2015.

The work of Saint-Martin-La-Porte have established a new step towards the construction of the 57.5 km Franco-Italian tunnel, the main structure of the cross-border section of the future Lyon-Turin railway line (65 km, between Saint-Jeande-Maurienne in Savoie and Susa/Bussoleno in Piedmont).

This work involved the construction of an 8.7 km tunnel, excavated with the use of TBM, in the direction of Italy. Built in the axis and diameter of the South tube of the future tunnel, this tunnel was excavated with a TBM (for hard rock) and now connects the foot of the Saint-Martin-La-Porte descent to that of La Praz. 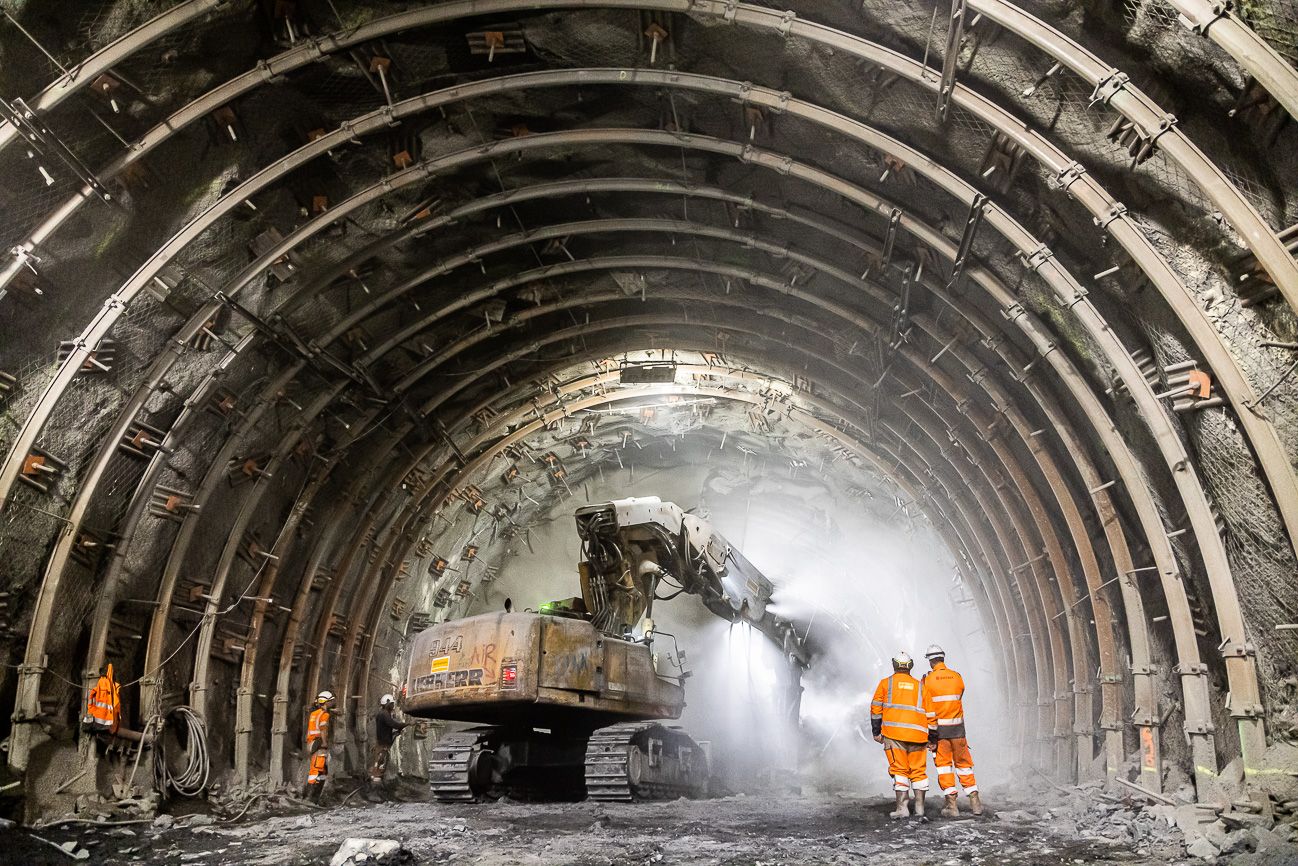