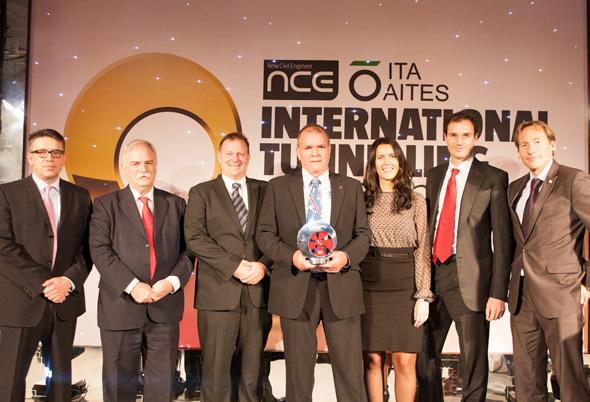 Transcity, the contractor building Brisbane City Council’s 4.6km tunnel, has been acknowledged on an international scale as the clear winner in an award which celebrates the most innovative and successful projects from around the world.

“Council takes great pride in its reputation as Australia’s new world city and the world-class construction being delivered on Legacy Way is a credit to the work being undertaken by Transcity,” Cr Quirk said.

“The appointment of Transcity to design and build Legacy Way has brought a wealth of international experience and expertise to Brisbane to deliver this vital project for the city’s transport network.

“We chose Transcity’s bid because of its outstanding value for money for Brisbane’s ratepayers by combining international experience with innovative design, resulting in strong community outcomes.”

Transcity Project Director, Fernando Fajardo said the win was a fantastic achievement and confirmed that Transcity’s performance is world class.

“We are very proud of Transcity’s achievements in delivering Legacy Way through many innovations in safety, design and construction since works began in early 2011,” Mr Fajardo said.

“Through the hard work and dedication of the entire Transcity team, we have been able to achieve great success, including world record-breaking tunnel boring machine excavation rates.

“Our tunnel boring machines completed their tunnelling journey three and six months ahead of schedule and records such as these have not been seen anywhere else in the world using 12.4 metre diameter TBMs.”

The project is due to open to traffic in mid-2015.